A few photos and a video clip of No 31203, owned by Les Emery, at ChasewaterJust after it arrived and later, after restoration.   The photos were given to the Museum by our friend Brian Nicholls. 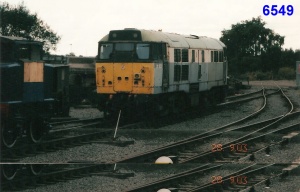 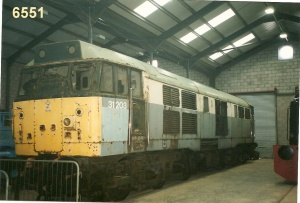 31203 being guided into the Heritage Centre by Jason Busby.  Steve Bray is on the far side.

I never saw the loco move under its own “steam”.

Chasewater Railway Museum – After the Gala 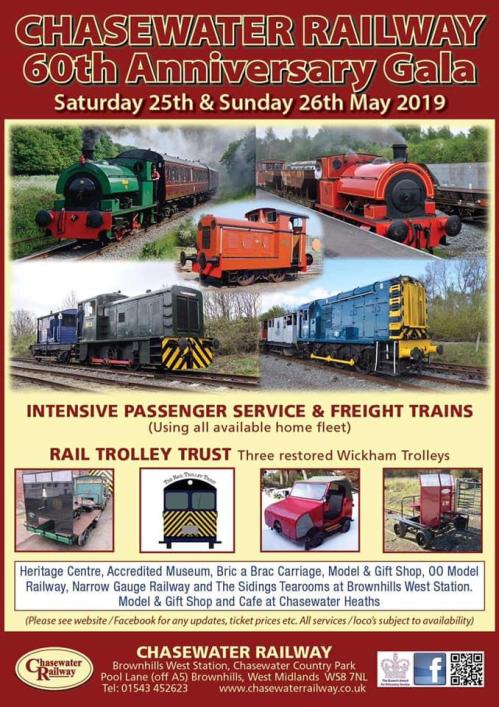 The start of it all…

About 20 people met at the Station Hotel, Stafford, on Saturday 21st November 1959 for the inaugural meeting.  The General Secretary opened the meeting and sketched out the reasons leading to the formation of the RPS and future plans.  He explained that this was the first District to be inaugurated and though the general outline had been planned out, the detailed application of this would be the concern of the WMD committee.

Mr. D. A. Ives, who has been acting as Secretary, gave a report on progress to date.  He reported that membership was over 25 and that they had received a good response from individuals contacted.  The first step was to secure a small depot in a convenient locality, where relics could be stored and members work on their restoration.  The ideal site would contain a certain amount of covered accommodation as well as rail space for carriages and wagons.  He believed the support was there in the West Midlands, it was only a question of publicity and personal contact.

The committee to serve for the current year was then elected.

Future plans were discussed and the decision taken to launch a publicity campaign leading up to a public meeting in the New Year.  The site of the public meeting was fixed as being Birmingham, but emphasis was laid on arranging future meetings in different towns to give better contact with the public and members.

Three reporters attended the meeting, leading to reports in the ‘Stafford Newsletter’ and the ‘Staffordshire Weekly Sentinel’.

The public meeting was fixed for Saturday, March 5th in the Small Theatre at the Birmingham & Midland Institute, Paradise Street, Birmingham at 2.30pm.  Everyone welcome.

We have been given some more old photos, I think from Steve Organ’s collection.  These are some of the old diesel/petrol locos which were at Chasewater Railway early on.

Fowler and a bit of the Neilson

It wasn’t until late 1967 that motive power arrived in the shape of Pittsteel Hibberd No.1. Development at Chasewater was slow and laborious and it wasn’t until 1970 that all stock at Hednesford had been transferred to Chasewater and the Hednesford depot closed.

Additions to our photograph collection.

These photographs were taken by Brian Nicholls at the recent Brewery Day and have been added to our archived collection.

No.21 with Worthington Wagon

From the left – Baguley Bass No.11, Marstons Baguley and Bass No.5 Baguley