News about the National Miners’ Memorial

The Museum has obtained a grant of £3745 to cover electricity costs. This follows an application to ensure the Museum’s fragile collections can receive appropriate environmental control in these difficult times.

The grant is from Arts Council England’s Covid-19 Emergency Response Fund and was only made possible due to public funding from the National Lottery.

Our thanks to the National Lottery and its players.

Chasewater Railway Museum volunteer David Bathurst made an unplanned appearance on Pakistan National Television in November when to his great surprise he was invited to launch the Prime Minister’s new heritage railways tourism initiative at an event on Rawalpindi Station.

Railway Minister Sheikh Rasheed announced on behalf of the PM that all available steam locomotives in Pakistan would be returned to operational use, to haul trains for local and foreign tourists – a great boost for steam enthusiasts.

Accompanied by the Minister, David cut the ceremonial ribbon (see picture) to launch the first steam-hauled charter train in Pakistan for some years, taking a group of railway photographers up to the scenic areas of Taxila and Attock. With run-pasts on demand, the charter used two recently refurbished Vulcan Foundry HGS 2-8-0 locomotives. .

Welcome to the Museum’s March Newsletter, the fiftieth edition, trying to keep you informed as to what’s happening in the Museum. 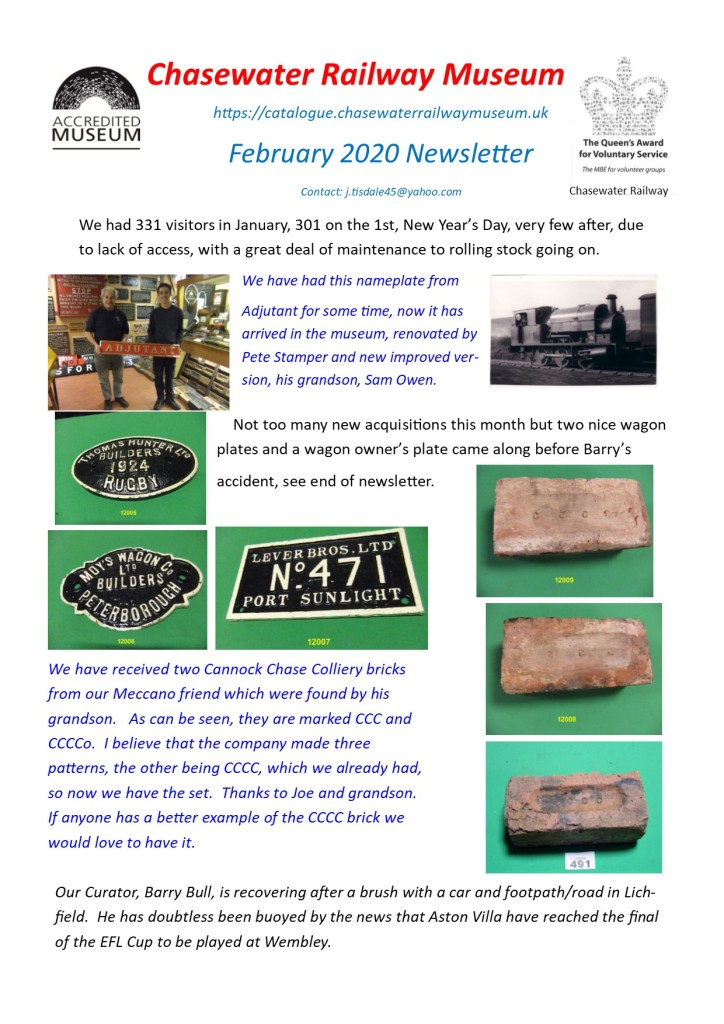 A busy December for the collection, 2 pages to read! 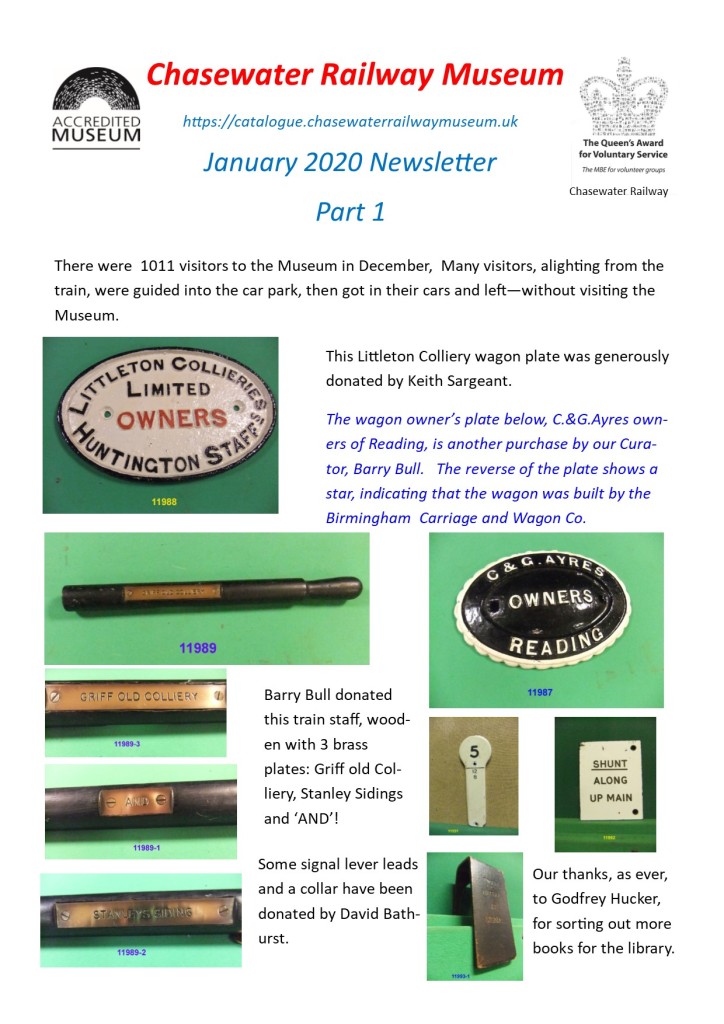 Wishing everyone a Happy New Year

Merry Christmas Everyone And a Happy New Year

From all the Chasewater Railway Museum Staff, thank you for your support over the past year – hopefully we shall see you again next year. 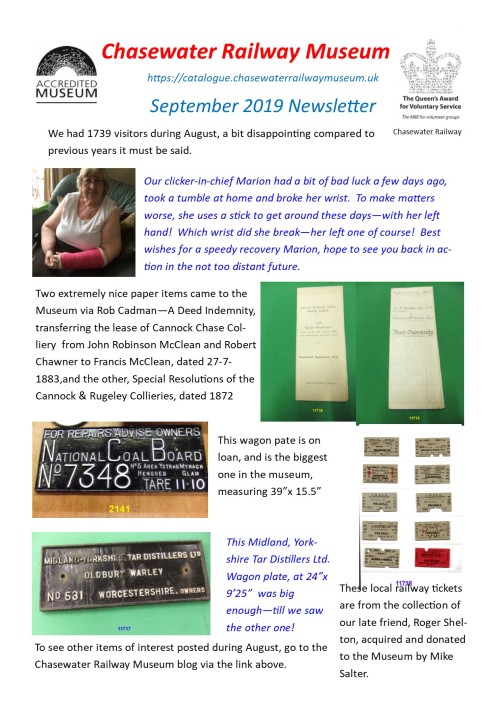