A photo of a Tackeroo Military Railway loco & Brocton Camp Power Station, plus the loco’s history. 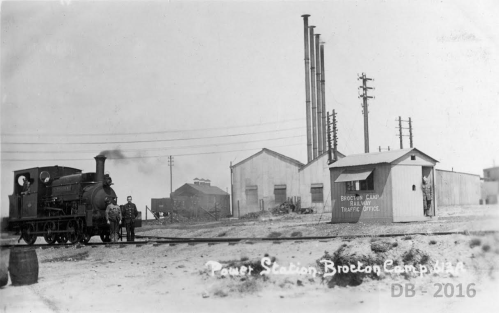 The photo was sent to me by Dave Bevington, with the following information:
‘I have come across a Great War photo at Brocton of the power station and Brocton railway traffic office (a small shed). In the foreground is a small loco Grassholme which is mentioned on your blog
I got it from NZ so it must have been a photo card owned by a Kiwi based there.’ 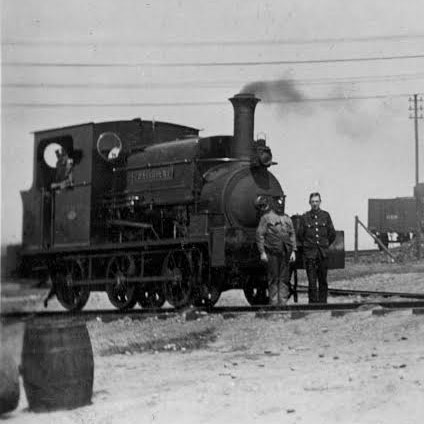 New 6-9-1901 to the firm of contractors, Walter Scott & Middleton.
The contractors had work around 1901-2 for the Derwent Valley Water Board on a line Banford to Ashopton, Derbyshire, also for the Midland Railway on widening the New Mills to Chinley section, also in Derbyshire. Another job was at Pallion, in the Sunderland area.
It seems probable that the loco took its name from Grassholme in County Durham.
The contractors known to have worked on the Cannock Chase Military Railway and Brocton Camp were the firm of Baldry, Yerburgh and Hutchinson, but there is no 1513 in the list, although their loco No.4 is listed as No.1531 !
Grassholme was at Brocton during the period 1915 – 1919.
For more information about the railway, go to: 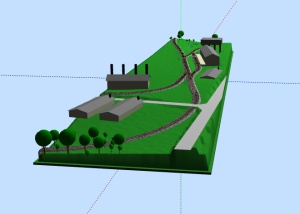 More about the loco

The original owners sold the loco to Thomas Summerson & Sons Ltd., Albert Hill Foundry, Darlington and it was seen at Crewe Works in June 1919 as war surplus before sale to Vivian & Sons, and then to one of Vivian’s Collieries – Mynyyd Newydd, Swansea.
The Colliery was sold in 1926 and the loco remained with the new owners. The Industrial Railway Society West Glamorgan book gives the loco as ‘disposal unknown’ after March 1932. The pit closed in November 1932. It re-opened in 1935, finally closing in 1955.
Thanks to Barry Bull, Pete Stamper and the IRS for the information and to Dave Bevington for the photograph.

This railway was constructed during 1915 to serve the Brocton and Rugeley Military camps located on Cannock Chase.  One line was constructed during the spring of 1915 from the LNWR Cannock to Rugeley line near West Cannock No.5 Colliery across the Chase to the Rugeley Camp.  Between January and April a second railway was made from the LNWR Trent Valley line at Milford to the Brocton Camp, and by mid 1915 the lines had been joined.  In addition to army and prisoner of war camps this railway system served Central Stores Depots at Brocton Camp.  The locomotive shed was also located at Brocton Camp. After the war the camps and railway were dismantled and locomotives disposed of.