Nothing to report as far as the Museum is concerned again this month, so I have raided the archives, courtesy of David Bathurst’s collection. 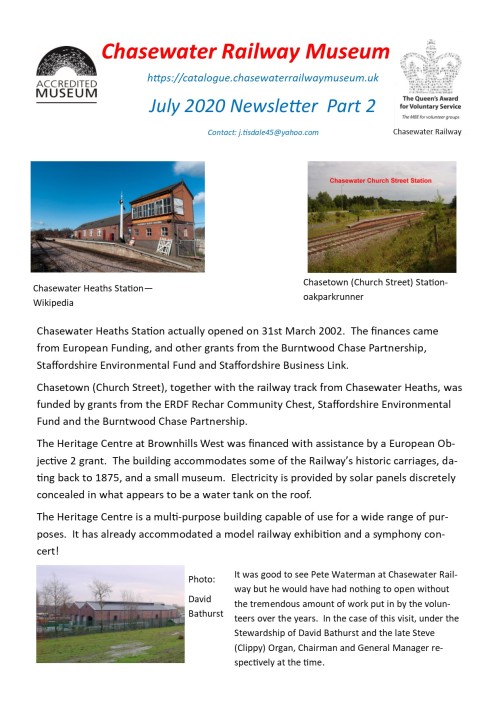 Chasewater Railway Museum – Good to be back!

Good to be back!

It felt good to be open yesterday after being closed for a while. There were more than 150 visitors through the door – more than we could have hoped for given the weather at the start of the day. 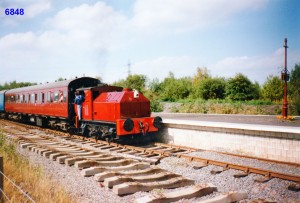 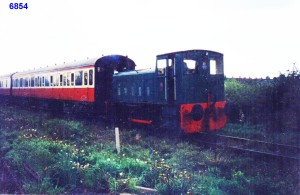 Sentinel above and DL7 below.

I have been busy sorting out photographs, some taken around Chasewater and others taken around Hednesford’s old station. 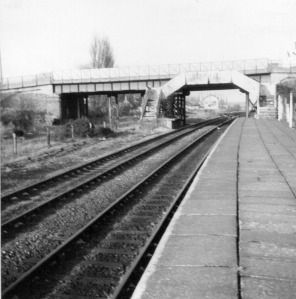 Walsall end of the up platfrom, looking towards Rugeley.

There will be more when I manage to get them sorted and onto the database.

Some photos from Chasewater Railway – and one of New Street Station!

Some photos from Chasewater Railway – and one of Birmingham New Street Station!

These photos of Chasewater Railway were found by Godfrey amongst a collection given to the museum.  They show Sentinel, hopefully back in steam next year, DL7 and an old DMU, all towards the Chasewater Heaths end of the line.

What is interesting , for people of a certain age, is the poster for the Hippodrome Theatre – top of the bill – Billy Cotton and his Band – used to be regulars on the BBC Light Programme on the wireless!

Our thanks to Graham for the phot0.

The previous post stated that this vehicle was at Derby on a long term loan, giving the impression that it still belonged to Chasewater Railway – this is not the case – this post explains subsequent events.

This unique example of Midland Railway Regal coachbuilding has been purchased by the RPS (West Midlands District) from British Railways at a cost of £300. This was only possible with a loan of £240 from a generous member.
The loan is being paid back at the rate of £10 per month to this fine member, who wished to remain anonymous. His name was released at the AGM but to save further embarrassment, we will not mention it in these columns, but let it be ‘broadcast’ by word of mouth. 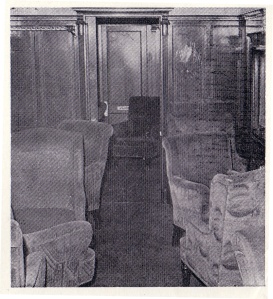 Inside the Royal Saloon

The final item on the agenda was the consideration of an offer from the Midland Railway Trust based at Butterley for the purchase of our ex Midland Railway Royal Saloon Coach. The history of the coach was briefly outlined. The coach was on loan to Derby Corporation for a further 17 years and they had a 25 year option open to them after that.
The Trust have spent a considerable amount of money upon the coach so far and wish to finish the job properly but don’t feel able to unless the coach is their property. They reckon they will have spent well in excess of £10,000 on the coach by the time it is complete. Inside the Royal Saloon
As the Chasewater Light Railway Society was in a difficult position – in effect our hands were tied – it was decided to let the coach go. It was unlikely to come to Chasewater in the majority of our members’ lifetimes and, as in the case of the ‘E1’, if it had not been for the Railway Preservation Society then it would have gone to the scrap heap years ago, so at least some satisfaction could be derived from that. The coach is to be exchanged for the following:-
1. £600 in cash

2. Equipment surplus to the Midland Railway Trust’s needs, such as crossing gates, signals, ancillary equipment, etc., but in demand at Chasewater – to the value of £1,000 plus

3. The ex Walsall Gas Works Sentinel Locomotive (S9632/1957) plus spares, which will be in working order when it arrives at Chasewater, hopefully before Easter.

Posted in From the Archive