It was enjoyed by IRS members and the members of the Railway who were involved in running special trains for the Society.

This photograph was taken by Cliff Shepherd at the IRS AGM weekend in April 1972.

On the Sunday, visits were made to Chasewater and members travelled in the Maryport and Carlisle carriage of 1875 vintage and the Great Western Brake Van, which now, in 2016, is restored to its former glory.

The locomotives involved topping and tailing were two former Worthington Brewery Planet locomotives, nos. 20 and 21, on what was then a very basic railway. 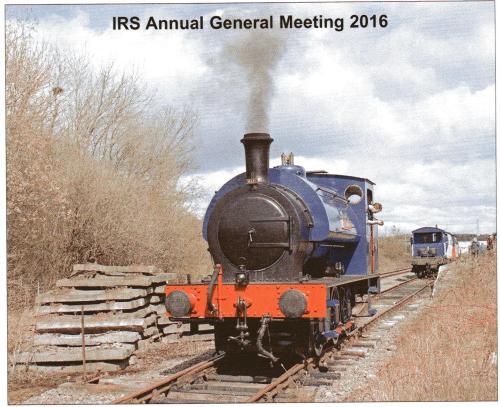