Although this post has been published previously, I still found it to be interesting, and in the last four years new readers may discover this blog – hope so !!

Although I can’t imagine the first items shown will ever be seen in the museum, they do show something of the variation in size between items offered.

This photo shows two of four signal posts which have been at Chasewater for many years and have recently been removed from the undergrowth by the overflow car park.

One of them is clearly stamped with what is presumably the date, 1915.

They came from the Pinnox Junction area of Stoke-on Trent. 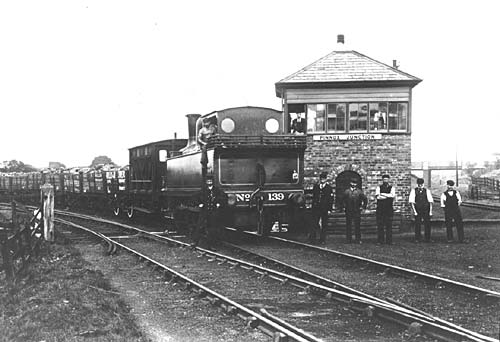 North Stafford Railway locomotive about to leave Pinnox Junction with coal from Whitfield Colliery around the turn of the 20th century. To the right, the Tunstall Lower Branch railway from Longport to Tunstall Junction on the Loop Line and bridge carrying the Whitfield line from Pinnox to Greenhead Wharf. Staffs pasttrack

The next item is a ‘Trains Cross Here’ sign.

This was found in the mid 1960s in the Wyrley Branch of the Wyrley & Essington Canal which is now under Vernon Way, in the New Invention, Essington area.  The railway crossing of the A4124 Lichfield Road from Holly Bank Colliery to the canal basin at Short heath was about 150 yards away on the other side of the M6.  It seems logical to assume that this was where the sign was originally placed.

This is how the sign would have looked when in position.  Although this photo was taken on the same line, it is probably not the same  sign, being a bit too far away.  The sign was donated to the museum by Mr. D.Townsend.

The third item is the smallest.

This is a badge of the Walsall Locomotive Society donated by the museum’s Chairman, David Bathurst.

We have also had a number of items loaned to us, including the nameplate ‘Beatty’ and number plate ‘139’ from an ex Dorman Long Hawthorn Leslie 12″ x 20″ 0-4-0ST preserved at Telford Steam Railway. 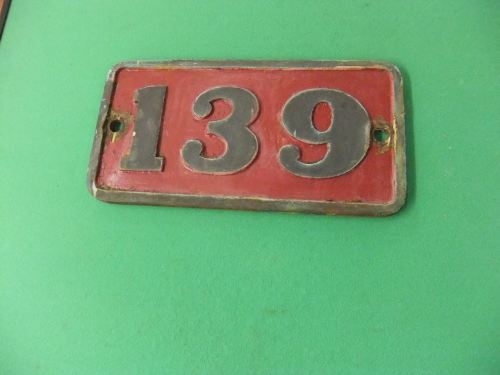