Poster – ‘Your Friends on the LMS’

Poster – ‘Your Friends on the LMS’

At present on display in the Buffet. 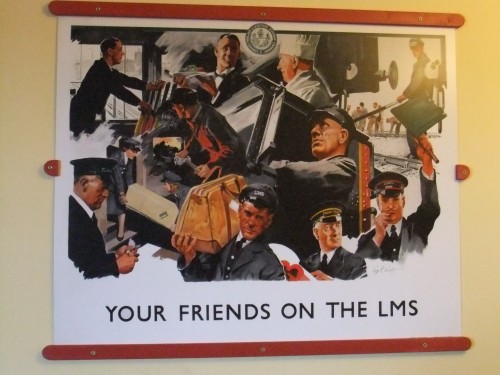 This is a copy of a poster by Septimus E.Scott (1946), from an original held in the collection of the National Railway Museum, York.

Typical of the post World War II poster, this one depicts the many vital roles played by the staff on the London Midland & Scottish Railway (LMS), from the guards to the chef, to the signal man, ticket collector and porter – all but two of these roles were undertaken by men.  After the Second World War many more of the women who had joined the railways during hostilities remained working for them.  This had not been the case after the First World War when those that had helped to keep the railways going were made to leave to make way for men returning from the front.