Collection of small relics continues to grow, thanks in no small measure being due to two of our junior members, Brian Kinder and Maurice Harper, of  Walsall.  Donations to the TPO fund were received from some 18 members.

Bass No. 9. An 0-4-0 saddle tank industrial locomotive built in 1901 for the vast internal railway system of Bass, Ratcliffe & Gretton. Now preserved with the directors’ coach at the National Brewery Centre – formerly the Bass Museum and latterly the Coors Visitor Centre.  © Copyright Chris Allen and licensed for reuse under this Creative Commons Licence.

The West Midlands District also toured the railway system of the Bass, Ratcliff and Gretton Company at Burton-on-Trent.  The trip was organised as a joint effort by Stafford Railway Circle, and the party travelled in a four-wheeled directors’ saloon of 1889 vintage.  Acquired from the Midland Railway, the vehicle was built by the Railway Carriage & Iron Co. Ltd. at Manchester. 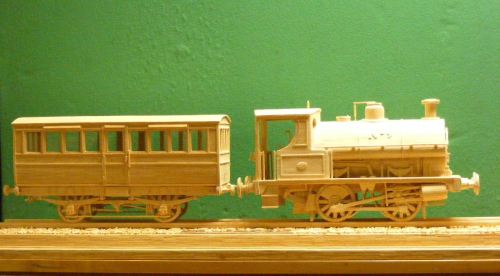