A couple of New Items

When going through some old Chasewater Railway magazines I came across a reference to a miniature railway at Chasewater (I believe that it ran by the Innovation Centre).  A number of members had heard of it or seen it but no-one had a photo of it.  I asked Peter Bryant of Miniature Railway World, and he in turn, asked Dave Holroyde, miniature railway historian, and the following is his reply:

Motive power was D7023 4w-4PM Cromar White 1971 New, sold 6/79 (The Hymek you mention in text below). This then went to Pleasurewood Hills Theme Park before being sold to Ireland in the mid 1980s, and it hasn’t been seen since!

It was operated for a while by members of the Chasewater Railway, starting in summer 1975 and ,as far as I am aware, continuing in 1976.
The basic information I have states:
“The Chasewater Miniature Railway is a 7 and a quarter inch gauge railway.  Rolling stock consists of three carriages, each carrying four passengers.  The locomotive is petrol driven with a scaled down ‘Hymek’ outline body”
The line was wholly owned by Walsall Metro-Borough Council.

On 23rd June the museum was given part of a collection of items from the late David Ives, one of the founder members of the Railway Preservation Society, and for some years an officer of the Chasewater Railway.  This is the second part that we have received from his son Robert and on sorting through these items our Curator, Barry Bull, came across a newspaper cutting from a local paper dated 1974.

It’s been a while coming but at last we have some idea of what it was like – and the problems they faced!!

Another item found was a post card, believed to be of the old Hednesford Railway Station with an LNWR bus waiting outside. 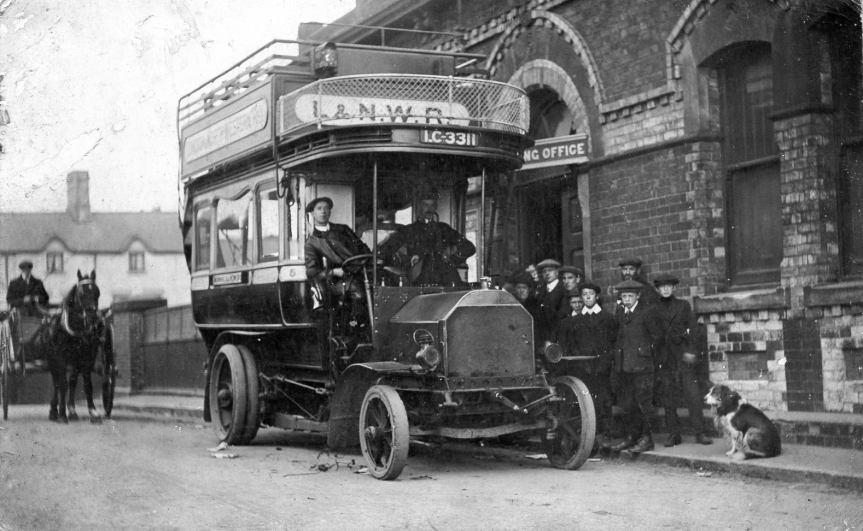