Chasewater Railway Museum – A new addition to the collection

A new addition to the collection

A lost travel ticket… and an unknown location. Can you help?

Posted on March 3, 2013 by BrownhillsBob 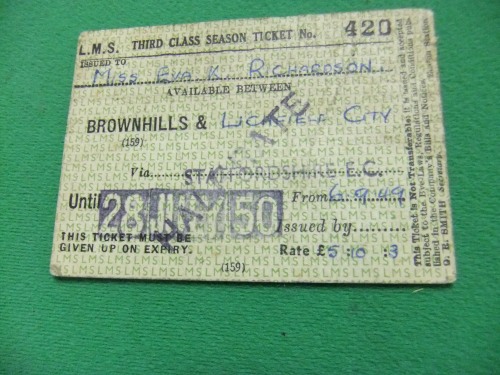 Spotted this afternoon on eBay, everyone’s favourite tat bazaar, a train season ticket. This is clearly for a schoolgirl, as it runs from September, 1949 to July, 1950. Miss Eva K. Richardson, where are you now?

Whilst searching eBay, me and Howmuch? have come across some interesting local finds, which raise a couple of local history conundra for you to ponder.

The above season ticket, valid between Brownhills and Lichfield City covering the school term from 6th September 1949 to 28th July 1950, is currently for sale on eBay. The ticket itself doesn’t particularly interest me, but the named carrier does. It was issued to Miss Eva K Richardson, and was half rate, suggesting she was a school or college pupil. Is Miss Richardson still about? Do we know what became of her?

Moreover, that was quite a price, five pounds ten shillings and thruppence. One supposes that Eva must have had a scholarship or similar placement to go to study in Lichfield from Brownhills. Can anyone shed any light on that at all, please?

Fortunately for the Chasewater Railway Museum, one of our friends, Dave Cottle, saw the post and actually bought the ticket off e bay. He donated it to the Museum on Sunday 17th March at the Industrial Gala. It is now on display in our ‘Booking Office’ cabinet with the last known relic from the LNWR station, a cash bowl. 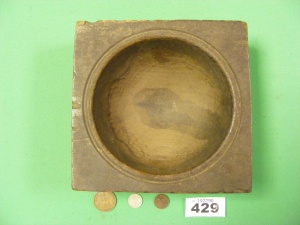 On a personal level, and giving my age away a bit, I used to travel the same route from the late forties to the early fifties! I even travelled in the engine on one occasion – blowing the whistle near Newtown Bridge. We usually travelled in the Guard’s Compartment, playing football! 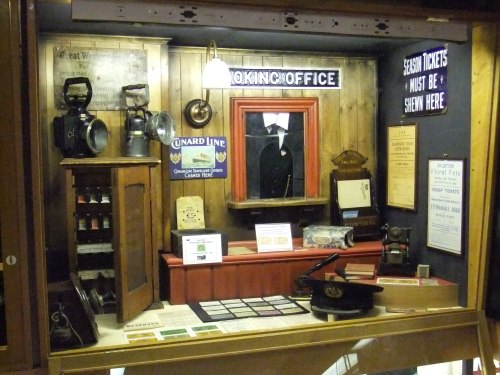 Many thanks to Brownhills Bob and to Dave Cottle for the Chasewater Railway Museum’s latest acquisition – it’s not easy to get local items.