WE HAVE A BRANCH LINE AT LAST! And many of you will probably by now know that we have acquired the Chasewater Line from the NCB.  The legal details, lease, etc., are to go through the usual channels to be tied up, and we will keep you informed of progress made.

Every member (and non-members) who travelled on the Great Central Special agreed that it was a very enjoyable day all round, although the train ran at a very heavy loss.  The loss mainly being due to the lack of support by our own members.  We appeal to you all now to donate what you can to help clear this deficit on the Special. 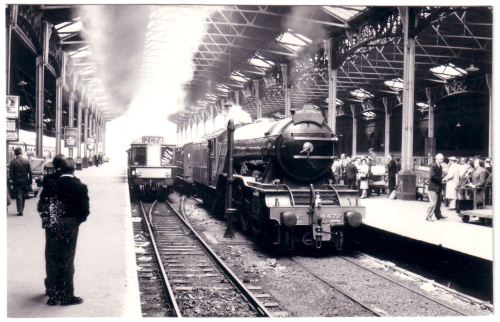 This trip was organised by Mr. Eric Cowell on 15th June 1963.  The Flying Scotsman hauling the train down the Great Central Line from Sheffield Victoria to Marylebone and back.  Only 27 out of a possible 160 members attended, resulting in a loss of £100.

In spite of the awful weather the attendance both on Saturday and Sunday exceeded all expectations, approx. 300 people attending for the two days.  People came from as far afield as Halifax, Manchester, Leicester, London and Somerset.  It is sad to report however that there was a noticeable absence of members, just the usual faithfuls plus a few of the not so active.

A great deal of interest was aroused by our modest collection of relics, the Maryport & Carlisle coach was pushed out on the Sunday for photographic purposed, cameras were clicking all over the place. 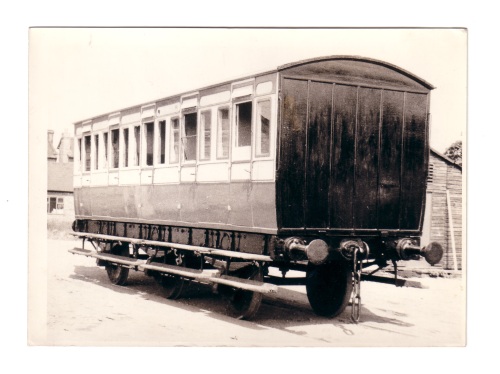 All in all it was a most successful weekend.  A very special thanks to our lady members Mrs. F. Watson, Miss Mary Watson, Mrs. J. Harvey, Mrs. D. Ives and Mrs. Townsend for manning the buffet car (Great Eastern Brake) and to Mrs. F. Lewis and Mrs. Wormington for providing refreshments.  What would we do without the ladies?  Bless ‘em!

Thanks must also be expressed to the Sutton Coldfield and North Birmingham Model Engineering Society (Affiliated Member) for displaying the lovely Live Steam Models. A big thank you to all members who worked hard and long to make the show the success that it was.

RPS on the air

The ex London, Brighton and South Coast Railway E1 Stroudley loco should soon be stabled in the depot at Hednesford, the NCB has very kindly consented to us having it on free loan for 12 months.

We are expecting delivery of the Midland Royal Saloon, L. & Y. Van and Midland Crane all within the next two or three weeks.

The Stroudley E1 is expected about the same time as the above rolling stock.

Through the very kind auspices of Mr. K. Vincent (member) Secretary of the Dowty RPS we are taking delivery of the L & Y van.  Two vans were donated to the Dowty RPS and Ken Vincent has very kindly offered one to us at Hednesford.

This goods van was constructed at Newtonheath in 1895, eventually passing from the L & Y to the London, Midland & Scottish Railway at the 1923 grouping.  At an unknown date the vehicle was sold to the Rolling Stock Company, Darlington and, after renovation, sold on to the well-known chocolate manufacturers, Cadbury’s of Bournville and numbered 144 in Cadbury’s wagon fleet.

During 1963, with the arrival of new all-steel box vans at Cadbury’s, the majority of the old internal user vans were withdrawn, with 144 being donated to the Railway Preservation Society and transported to the Hednesford depot before later being transferred to Chasewater.

The van carried the ‘Cadbury’ logo in white at the top of one end, with its stock number at the opposite, lower end.  Overall livery was reddish brown.

Of particular note is the canvas roof flap, a once-common feature enabling goods vans to be loaded from overhead hoists.

Rail traffic at the Bournville factory ceased in 1976.