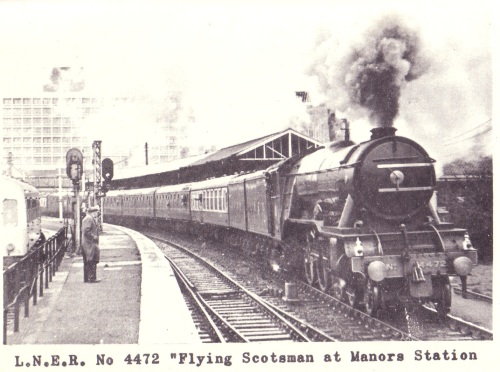 Again two for the price of one!

Spring is now with us and with the longer evenings, so the work at Chasewater increases.  In spite of the bitter cold snap just recently, it was blowing a strong easterly across the lake, it did not deter our usual band of stalwarts working on ‘Asbestos’ getting her ready for the Easter steaming.  The Society should be very grateful to this tough stalwart crew working in these conditions; we have no warm engine shed like some of the larger groups.  I am sure that absent members will join me in a warm ‘Thank You’ to these chaps.

Asbestos was trial steamed on Sunday March 17th, two tubes blew during this trial, and work is now going ahead fitting new tubes and other minor repairs, prior to another trial steaming on Sunday, 31st March.  As stated previously, Derek Luker and his team worked in bitter conditions to complete this essential work!

A general tidy up has now begun on the site, but further volunteers are required if we want the compound really tidy, ready to receive visitors at Easter.

John Elsley is still pressing on steadily with this vehicle, another compartment has been restored, and we should have a splendid vehicle ready for display this season.

A start has been made cleaning down the other half of the brake by Rob Duffill; the restored half has been repainted in gloss by Barry Bull and Rob Duffill, and looks very respectable.

A start has been made clearing the track of heavy vegetation, the bushes at the north end of the line have been cut back to allow easy passage of trains.  We do require more volunteers to keep our track in good working condition.

Among ‘Dates for the Diary’ was a reminder to members who wished to attend an Open Day at Littleton Colliery on 18th May, 1974. 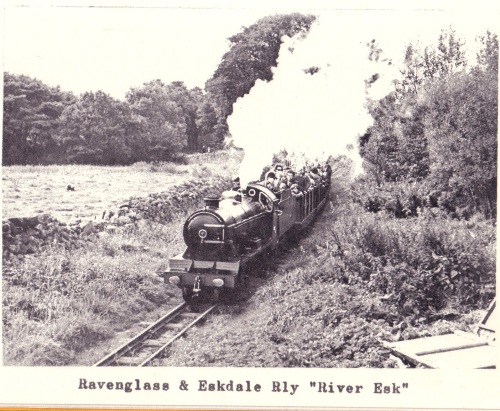 We are now running a regular train service on Sunday afternoons, the first and third Sundays are steam hauled and the second and fourth Sundays diesel hauled – Bank Holidays will be steam working.

We had a record number of passengers over the Easter holiday, Easter Monday broke all records I’m pleased to report, our grateful thanks to the train operating staff and booking office staff for a really splendid effort.  We were very short of members over the Easter, this was probably due to members being on holiday themselves.

Held at the Forum Theatre, Cannock on April 13th and was a huge success.  Our very grateful thanks to Andrew Louch and Barry Bull, organisers, and to the members and ladies who helped in no small measure, a special mention to Paul Mason, who provided the P.A. equipment.  A truly great effort all round.  Thank you to everybody concerned.

A double deck bus load of enthusiasts from M & GN descended on the Light Railway, it was a case of stretching the manpower again, some members being involved with the stand at the Stafford Railway Circle exhibition, which was again well-attended.  I understand that the visit was enjoyed by all the visitors.

Work is still progressing well on this loco.  The bearings have now been re-metalled and skimmed, the boiler has been re-clad.  Final work on repairing and painting the saddle tank is progressing well.  Thanks to our dedicated band of workers: Derek Luker, Brian Hames, Keith Sergeant, plus several of our junior members.

Continues to do sterling service, a few minor repairs have been affected, namely a spring hanger which broke during running, this has been welded and replaced.  Also leaking clack valves have been repacked.

No.20 is now looking quite resplendent after a complete clean-down and repaint.  The team responsible for this splendid effort is:  Nigel Canning, Steven Foster, Ian Patterson and Adrian Pearson.  No.21 is now receiving similar treatment, the start being made by Iain Smith on one of his weekends from Edinburgh.  It is a pity that a few more local members do not follow his example.

The MS & LR carriage is looking very resplendent, John Elsley informs me that he intends to install the original seats recovered in new maquette, this will cost in the region of £150, just a little idea of the inflationary spiral and the way it hits us all!  The Maryport & Carlisle carriage – Andrew Louch is replacing a few panels, the guttering has been refitted, and a complete repaint is envisaged this summer.  It is anticipated that this vehicle will go on show at the Stockton & Darlington Centenary and a Half celebrations in 1975, providing that the necessary funds are raised.

The Open day at Littleton Colliery has been postponed until 17th August.

Congratulations  to Rob Duffill on his forthcoming marriage in July.  May we wish Rob and Margaret every happiness for the future.  Rob is one of our stalwart members, serving on the committee and in a truly practical way.  Also congratulations to our hard-working treasurer Lawrence Hodgkinson on his promotion to the board of the Chasewater Light Railway Co. Ltd., with this goes the directors’ fee of £0.00, as a fellow director I forecast that we can easily double that next year!!

Compiled by Dave Ives and printed and published by Lawrence Hodgkinson. 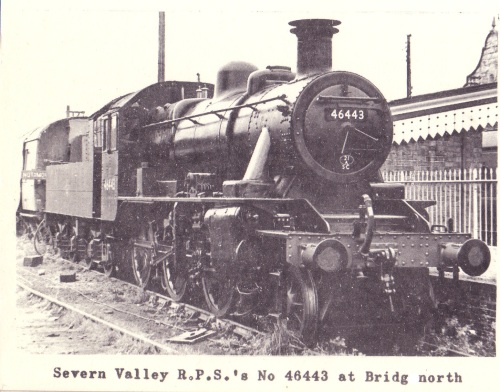