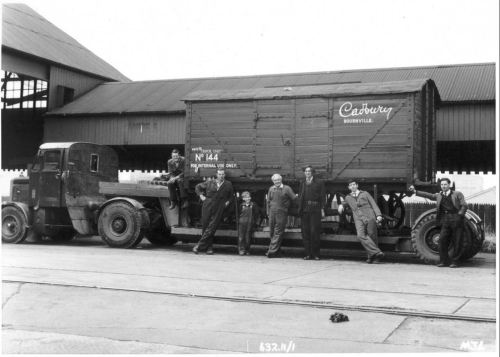 Just seen the blog but there’s a slight snag.  The photo is of the former Lancashire and Yorkshire Railway van Cadbury No 144, which arrived at Chasewater in 1970, having been at Hednesford for several years previously following a donation from Cadbury’s.  The 1973 acquisition, also a kind donation, was the North Eastern Railway box van number 100 684, this being the last wooden-bodied box van left at Bournville amongst a fleet of steel bodied vans. The van had been kept for the storage of permanent way equipment.  I recall the road transport bill to bring it to Chasewater was £28.  Not long after the van arrive a photo of it’s unloading at Chasewater was published in Railway Forum.